So it has been almost a month now since we have been able to post or host the radio show on Blog Talk Radio. Chris and his wife Tracey have been in the process of moving to a new house, and my wife and I have been dealing with just random life stuff. It could also be that we have perhaps gotten lazy, or even that we have become so focused on our own lives we have forgotten why we were doing this ministry to begin with.

Let me clarify that last statement. Almost a year ago when Chris and myself began the Prayer International ministry, we were not completely sure where God would take it. We both just knew that God was moving. We also both felt a strong need to have a 24 hour prayer site on the web, where people could go and get prayer anytime day or night. So we created a simple website with that purpose in mind. In the beginning we would get a few prayer requests, which Chris would send responses to, and we also had live video feeds available. However, we soon learned that staffing a live website 24 hours a day was not very easy when there are just two people involved. We kept going however because we knew there were people out there who needed prayer and we were confident that the Lord would direct people to the site.

Not too long after that, we learned of Blog Talk Radio and the world wide audience it provided. We started with a free 30 minute show which soon transformed into a two hour show. We were really excited at this point. Chris and myself hosted a two hour show pretty every night for almost 6 months. Then life hit or perhaps just being tired.

Chris and his wife Tracey were constantly involved in ministry or hosting church meetings which made it hard to get home in time for a broadcast 7 days a week. Many times Chris would host the broadcast from his car while driving home. My night on the other hand were spent with 4 children in the house that all need attention and a wife who was getting to spend less and less time with me. So we began postponing shows and sometimes not doing them at all. Which at times were a welcome relief, not because we did feel the impact God was having in people's lives, but because we were just tired. Now it has been almost three weeks with just a few broadcasts off and on, and both of us wanting to know how to get the fervent desire for the ministry we started with.

Yet I don't want to jump back into the nightly broadcast without having the right reasons and desire. It is not about who listens. Chris and I both decided in the beginning it would not matter if anyone listened, because someone could always listen to an archive message and get blessed or healed. And that is exactly why we decided to do this ministry. Not because we necessarily wanted to be in the ministry, even though we both know that is exactly what the Lord has called us to. But it was because there is always someone, somewhere, at sometime who needs the Lord.

Invading the Nations With Prayer 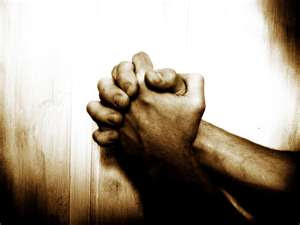 Standing in the Gap

Experience Intimacy With the Lord Everyday